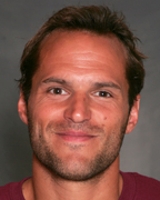 Schaefer has been developing players of all ages and levels across the state of Minnesota since 1996. He is currently the Director of Program and Player Development (DOC) with the Tonka United Soccer Association. Schaefer was with the Augsburg Men's Soccer Program for 7 years previous, and coached 8 years of high school soccer before that. Schaefer also holds a USSF 'A' License, USSF National Youth License, and NSCAA Goalkeeper Diplomas I, II, and III.
Jonathan Schaefer grew up in St. Louis Park and has coached in the Minneapolis/St. Paul metropolitan area since 1997. His first job was with Westside Soccer Club, hired by then Director Carl Craig. Schaefer spent 7 years in the Cottage Grove United Soccer club as the Director of Coaching and Player Development. He also has coached St. Louis Park Soccer Association and the St. Paul Blackhawks.
He was the boys’ head coach at DeLaSalle HS in Minneapolis from 1997 to 2003, and the boys’ head coach at Moundsview HS in 2004, before coming to Augsburg. Schaefer earned Section Coach of the Year honors in 2000 and 2001, and was named State Class A Coach of the Year in 2001.
Schaefer was a four-year starter and two-year captain at St. Mary’s University. He holds the No. 3 spot on the school’s all-time scoring list for a single season (1996).

Schaefer earned his bachelor’s degree in psychology from St. Mary’s in 1996 and earned his Master of Arts degree in Exercise Science/Kinesiology-Sports Management form the University of Minnesota in 2005. With a master's degree, a nutrition/health background, as well as a professional personal training certification, Schaefer's background goes well beyond the game of soccer. Schaefer preaches the importance of mental preparation, physical well being, and psychological engagement for the "passionate player." This mind, body, and spirit philosophy encompasses the bigger picture of what players can get working with Schaefer in a soccer training environment.